When you embellish interior spaces with houseplants, you're not just adding greenery. These living organisms interact with your body, mind and home in ways that enhance the quality of life.
At night, photosynthesis ceases, and plants typically respire like humans, absorbing oxygen and releasing carbon dioxide. A few plants such as orchids, succulents and epiphytic bromeliads do just the opposite, taking in carbon dioxide and releasing oxygen. Place these plants in bedrooms to refresh air during the night.

Releasing Water
As part of the photosynthetic and respiratory processes, plants release moisture vapor, which increases humidity of the air around them. Plants release roughly 97 percent of the water they take in. Place several plants together, and you can increase the humidity of a room, which helps keeps respiratory distresses at bay.

Sharpening Focus
A study at The Royal College of Agriculture in Circencester, England, found that students demonstrate 70 percent greater attentiveness when they're taught in rooms containing plants. In the same study, attendance was also higher for lectures given in classrooms with plants.
Remember that for the best success with any houseplant, you need to match the right plant to the right growing conditions. 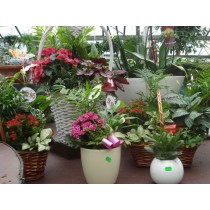 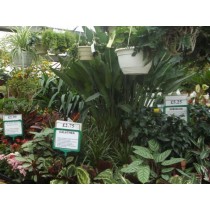 Get all of our latest news, events and offers delievered straight to your in box!

Sign up for our newsletter and get the latest product updates and special offers directly to your inbox.